Obstructive sleep apnea affects as many as 22 million American men, women, and kids, according to the American Sleep Apnea Association. And while certain risk factors such as smoking or having a family history of the disorder can increase the odds, a 2003 study published in The New England Journal of Medicine links being an athlete with sleep apnea.

According to the study, pro football players in the United States are five times more likely to develop sleep apnea than their non-athletic counterparts. Those at the highest risk were linebackers and defensive players charged with stopping quarterbacks and rushers alike—34 percent of these athletes experience sleep apnea, the study noted.

Not only can sleep apnea—which can leave sufferers feeling fatigued or sleep-deprived—impact sleeping quality, the study noted it also can wreak havoc on the gridiron. Players with sleep apnea had the lower reaction time of as much as 11 percent, according to the study.

A separate study conducted at the Douai Memorial Hospital in Tokyo, says many Sumo wrestlers also suffer from sleep apnea.

So what’s the link between sleep apnea and typically healthy athletes?

Athletes may be in peak physical condition, but having a “thick” neck—something that comes with excessive weightlifting as well as carrying the extra pounds needed to push people around the football field—is one of the risk factors for sleep apnea, according to the National Heart, Lung, and Blood Institute. That’s because the National Institutes of Health says all the extra tissue (muscle or fat) on the neck can thicken the wall of the windpipe, making it harder for the airway to stay open when the body is relaxed.

Like football players, wrestlers and other muscular athletes who carry extra weight are at risk for health concerns related to sleep apnea, including high blood pressure, stroke and other life-threatening issues.

Many athletes are affected—Upon his retirement from the NBA, basketball great Shaquille O’Neal announced via a YouTube video that he had been diagnosed with sleep apnea.

Death can be a consequence–Sleep apnea was listed as a contributing cause of the 2004 death of Reggie White, a former NFL defensive end. His widow has since founded the Reggie White Sleep Disorders Foundation to educate the public about sleep apnea and other sleep disorders.

A sleep expert can diagnose and develop a plan to treat obstructive sleep apnea, increasing the odds an affected athlete can get a good night’s sleep and stay healthy off the field. 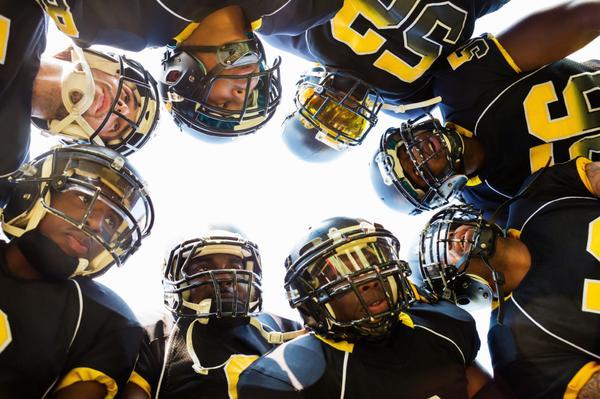 Melatonin, a naturally occurring amide, is a hormone synthesized by the pineal gland from the amino acid tryptophan. Melatonin regulates the dark-light clock in our brains that govern such things as the sleep-wake cycle, body temperature, ...

Sleep Scientist Warns Against Walking Through Life ‘In An Underslept State’

(This article/interview was published and conducted by Terry Gross) The National Sleep Foundation recommends an average of eight hours of sleep per night for adults, but sleep scientist Matthew Walker says that ...

One of the most difficult things to deal with when trying to obtain a good nights sleep is nasal congestion. Moreover, if you are a CPAP user, congestion can create a world of troubles. ...

6 Tips To Help You Sleep Better